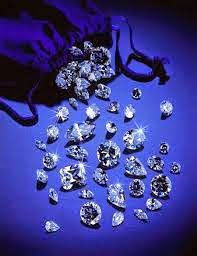 I'm at the beginning stages of writing my next novel, LOADED and I had a brainwave!

Why don't I document my process and progress on my blog?

I'm figuring some of you might be interested in following my magic and not so magic moments and seeing what really goes into writing a novel. For me, it will be an exercise upon which I can reflect on my work and implement all the things I have learned about writing and story telling in the last three or so years.

I hope you will join me.

First, let me give you a rough rundown of the story

Now, I'm not going to give too much away, especially at this early stage when I'm still plotting and planning but what I will do is give you an unedited teaser from the very first chapters!

Only one of her eyes scanned the area the other looked at the wall. She snapped her head back, her breathing pace bordering on hyperventilation. The hasty scour of the room produced strewed images that were still being processed in her overloaded mind. It was a scene she had never witnessed before and probably would never again.
Another peek and she lingered for longer. She could feel her eyes widen and her gaze deepen. With her eyes fixed on the view before her, her body began to move of its own accord, as if an invisible thread was drawing her forward. The silvery ribbons caressed her as she passed through the archway not even registering their touch. Her sense of sight was hogging all the attention.
She stopped, having taken three or four baby steps onto the stage, paralysed except for her wide, unblinking eyes absorbing the devastation that lay before her.