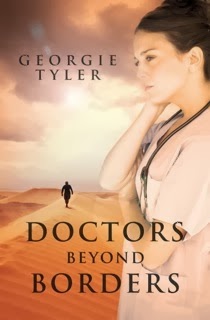 She's about to find out that nothing is fair when it comes to war, except, the healing power of love.

When Ariadne Tate takes a deployment to Sudan with a medical aid organisation, romance is the last thing on her mind…but Dr Ford Gosden puts a glitch in her plans. Too damn attractive for his own good and a thoroughly nice guy, Ford slowly seeps under Ariadne's skin.

But Sudan is not a stable place to form a relationship, and as political tension escalates in the region, Ariadne has no choice but to focus on her job and her safety. Under the protection of a UN convoy, she heads out into the war-torn countryside — and the unthinkable happens. Captured and held hostage by a renegade with no chance of escape, Ariadne's hope for a new life with the man she loves begins to fade and the fight for her life begins

Buy at the Following Links: