I've been waiting to share a little of my upcoming release, still scheduled for April. Don't have a definite date yet but will certainly let you guys know. The blurb is on the blog to give you an idea of the story. Here is your first excerpt. Eden likes to party hard... 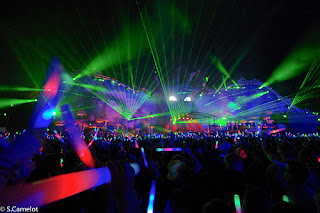 As she watched the mob moving through the blue smoke and strobes of light that played across their bodies, a hand grabbed her face, and a pair of full lips came down on hers, prying them open and blowing smoke into her mouth. Unperturbed by this sudden embrace, she went with it, sucking the blowback into her lungs, holding it there for a few seconds while the strangers lips almost touched hers. Gently, she released the fumes which drifted back up her windpipe and curled through the stranger’s lips. As Eden pulled away from the woman, their eyes locked.


The woman’s gaze was like a mixed drink, lust with a twist of buzz. Thankfully, as if on cue, Tayla rushed over to her. She shouted something in Eden’s ear, which she couldn’t make out, but laughed anyway and they hugged. Tayla took her hand and led her back to the dance floor where they re-joined the devoted, leaving the depraved woman to seek out another bunny.

The love the little white pill had filled her with was diminishing. Though Sophie’s voice resonated in the back of her mind, 'zero-alcohol, zero-alcohol', Eden could no longer mask her longing to get totally smashed. So, in the early hours of the morning, under the flashing strobe lights where she appeared and reappeared, robotic, she staggered around in the dingy recesses of the club in a mindless stupor, drink in one hand, cigarette in the other, releasing herself from the burden of logic, purpose and awareness.