Look out for AN IMPOSTOR IN TOWN 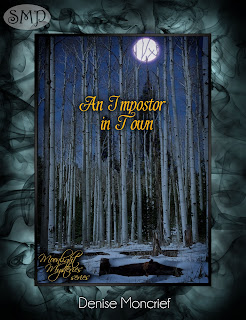 Peyton Chandler hides some dark secrets behind her false identity. She’s been using her dead sister’s identity for years, hiding from multiple threats from her past. When Sheriff Brian Parker receives a note claiming there’s an impostor in town, he doesn’t know where to start his investigation. What will he do when he discovers the woman he longs for isn’t who she claims to be?

Peyton Chandler entered her house through the carport door and dropped her purse on the kitchen counter. A pile of unwashed dishes awaited her in the sink. Tackling the housework would have to wait another day. Every muscle in her tired body groaned.
She glanced at the envelope in her hand postmarked New Orleans. Johanna’s letters arrived twice a year without fail. The return addresses were always a post office box—the zip codes from all over the country. She ripped the envelope open with a shaky hand. A picture of Jake nestled between the folds of a short note. I need four thousand dollars. J. She would have cut the woman off years ago if it weren’t for the boy.
Her eyes riveted on Jake’s likeness. He had slate gray eyes, sandy brown hair, and attractive Powell features like his biological father. Trim and tall. Handsome already. Nothing about Jake resembled her husband, but then Jake wasn’t her husband’s child. She was already pregnant when Mason Osborne married her.
Thoughts of Mason sent shivers down her spine. She wondered if he was still looking for them. His anger with her when he discovered her pregnancy by another man was only the beginning of his animosity toward her. Mason’s abuse only grew harder when he discovered Jake’s biological father was his nephew.
She left Mason before Jake was born, but he’d found her and dragged her back to the ranch with him. He had promised her he’d kill her if she left him again. Worse yet, he’d take her child away from her. She couldn’t let that happen, so she took the chance, got some help from Johanna, and ran anyway.
She counted the years. Jake would be eleven years old now. It’s been so long since I’ve seen him. He was so young when we left Albuquerque. She trudged down the hallway to her bedroom and laid the picture on her nightstand. The photo would go in the album with the others—an album she didn’t dare show anyone.
Guilt pressed down on her psyche. She needed a shower. Running the water as hot as she could stand, she scoured her skin until it was raw and allowed the cleansing liquid to sluice over her body and wash her remorse down the drain. But no matter how hard she scrubbed, there was still plenty of regret to stain her conscience.
She stumbled out of the stall and tripped on the surround. The heat dizzied her. She wrapped her robe around her and leaned against the bathroom counter, unwilling to face her reflection in the mirror.
The phone rang in the other room. She raced to catch it before the last ring, but picked up a second too late. Out of breath, she dropped onto the edge of the bed and clutched the comforter. Her skin throbbed from the abuse in the shower. She grabbed a bottle from the nightstand and smoothed on lotion to soothe the abuse. With a weary sigh, she gazed out the window. The nearby mountains rose in the distance, but the scene’s usual therapy provided no comfort. Jake's picture beckoned her to take another look.
Thoughts of her baby snatched at her heart. She wiped a stray tear from the surface of the photo. Everything she did, she did for him—to hide him and protect him from the evil men that would destroy her by destroying him.

An Impostor in Town

Where did you get the idea from for this story?

Peyton and Brian’s story began as I was writing another book in which they were secondary characters. I loved the two of them together so much I just had to write their story, too. As it turned out, their story became the first in a four book series, and the original manuscript became the second book in the series. The first book Purgatory is set to release in August 2013.

Off  and on for thirty-five years. I didn’t start writing for publication until about ten years ago. After a series of rejections from agents, I submitted “Snow White and the Seven Dogs” to Still Moments Publishing for the Unleashed Hearts anthology which was published in April of 2012.

Sometimes, but more often, I will insert a character trait or habit of someone I know into a character’s personality. I don’t usually do a full character sketch before I begin. I’ll start writing and the characters sort of develop as I go along.

I love Tess in Crisis of Identity. She’s braver than I am. Sassy. Smart. Thinks on her feet. She’s been through enough that she’s had to become tough. She can handle just about anything, but she shows the reader all her vulnerable places so she’s not a one-dimensional character. And her biggest vulnerable spot is her growing affection for Trevor.


What are you reading at the moment?

I’m reading She Belongs to Me by Carmen DeSousa. The story is romantic suspense.

I’d love to have a noble answer for this, but I confess I’d love to be in Kelly Clarkson’s shoes for just one concert. I’ve always loved to sing and I would love to be on stage before that many people just once and nail it like she does.

Tex-Mex. No question. I’d want a burrito and cheese enchiladas and fajitas and a beef fajita salad with chipotle ranch dressing and a chicken chimichanga. Jeesh, I might explode before they could give me the lethal injection.

Where don’t I like to shop? My daughter and I are shopping Olympians. I’ll shop anywhere. Large department stores, small local shops, online, flea markets. I seriously think it’s an addiction.

the Kardashians! I really just don’t care about their lives and they seem to be everywhere.

Thanks for stopping by and sharing, Denise. You have certainly got me hooked! Good luck with the new release. 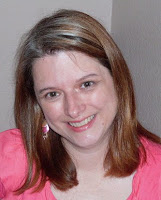 Denise lives in Louisiana with one husband, two children, and one very chubby canine. Her family not only endures her writing moods, but also encourages her to indulge her passion. An accountant by day and a writer of romantic suspense by night, she leads a very busy and joyous life. She’s been writing off and on since she was seventeen, and with several stories already published, she has no desire to slow down.