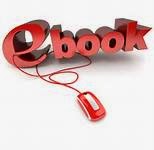 Doctors Beyond Borders, my debut novel release date is 1 January, 2014, with Escape Publishing. I can't think of a better way to welcome in the new year. I don't have a a cover image yet. But I will. Soon. With edits complete I thought I'd share a snippet. Feel free to comment.


She heaved out a sigh. The image she sought to forget was so readily available to her and the humiliation still raw. Being thousands of kilometres away from the lousy rat didn’t seem to be as effective as she had hoped. Her father called it running away. She liked to think of it as forging a new beginning. Taking the adventurous track rather than the safe, conventional road. Now she was Ariadne Tate, intrepid traveller, philanthropist and single woman exploring the big, bad world. No longer would she endure sympathetic looks from her colleagues and staff at the hospital, because they all knew before she did. Her stomach curled at the recollection. And to think she’d trusted him. Never again. She had no intention of touching another man for a very long time, and never someone she worked alongside. That was her pledge.