Hopeless - YA Paranormal by Keri Neal 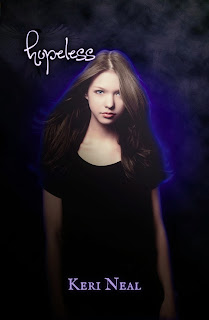 Synopsis
On her seventeenth birthday, Jade is filled with hope for the future. She and her boyfriend Pen are in love, she is finishing her final year of high school, and she is finally safe from the Fallen, who wanted her blood to fulfill an age-old prophesy. Pen is not as comfortable with the truce they made to protect her, so he makes a new deal with the Arches and leaves Jade alone.

But not for long.

A new Guardian is assigned to protect Jade. Blake is rude and offensive, his methods unconventional. Because of his dedication to her she trusts him with her life. Best of all, he knows about the Surge—her telekinetic ability—and is eager to teach her how to control her power. With Blake’s help, Jade learns she can defend herself, with or without the Arches protection, against the evil forces that want her blood.

He doesn’t like the idea of someone else looking out for Jade, but an army of evil is on its way to destroy her, and Jade needs all the help she can get.

Now for an excerpt:

Tap.
The subtle noise woke me out of deep sleep. I stared into the darkness of my bedroom and waited. After a few minutes I heard it again.
Tap. Tap.
Something was scraping my window. The Santa Ana winds were always heavy this time of year, but the sounds it caused never bothered me before. This was different. Keeping my eyes on the window, I slid out of bed and dug the Louisville slugger out from behind my nightstand. I gripped it hard and tiptoed to the source of the noise.
Tap. Tap.
It wasn’t getting louder, but I knew without a doubt something, or someone, was outside my window. I approached with caution, ready to start swinging. Then something caught my eye. It was a leaf. I tilted my head to get a better angle, and the rest of the twig took form.
Breathing a heavy sigh, I tossed the bat onto my bed and put my head in my hands. My dreams had been so restless lately. I was starting to hallucinate. I laughed at my paranoia and opened the window to retrieve the stray twig.
The moon was an amazing presence in the clear sky. Summer was ending, signaling the beginning of cooler nights in the Southern California desert. I sucked in the clean air and let it fill my lungs. I loved this time of the year, when most of the smog was chased away by gale-force winds. Leaning out the window I watched the leaves dance on the Mulberry tree. A pair of glowing eyes glared back at me from deep within the branches.
I leapt back. Remembering the open window, I made a grab for the sill to slam it shut. I wasn’t quick enough. The eyes grew a body and pounced. I screamed until I heard footsteps in the hallway. Gary reached into the room and flicked on the switch, filling the room with a light that caused me to wince.
When my eyes adjusted to the room, I noticed several things at once. Gary was standing in my doorway, his Chargers pants and white t-shirt vibrating as he fought to catch his breath. In his left hand was a nine iron. The intruder was unmistakably male. Despite the ski mask, his muscular figure was well defined by a too-small black t-shirt. Both men ignored me as they stared each other down from separate ends of my room.
“Jade had a nightmare. You came to check on her. She was fine. You went back to bed.” The guy’s voice lilted with an accent I didn’t recognize.
The golf club fell out of Gary’s hand and hit the floor. I was having an out-of-body experience. There was no way Gary would fall for this guy’s impression of the Jedi mind-trick. But even as I thought it, he turned on his heel and scuffled back to his room at the end of the hall. I began to panic, the giggling bubbling up from my gut making my breath choppy. If my Surge was ever going to cooperate, this would be the time.
Holding my breath, I closed my eyes and focused on the center of my gut where the Surge originated. Nothing happened. It didn’t make sense; if I lost control when I was upset, then I should’ve been blowing the doors off the hinges. But I didn’t, I just stood there stunned as a feeling of dread washed over me. Behind my eyelids I saw Pen, his beautiful face staring back at me with adoration. He would never know how much I loved him. I was going to die and I was all alone. I opened my eyes with a determination to face my death. The intruder hadn’t moved except to turn his head.
The floor creaked as he shifted his weight and ambled toward me. He reached up and tore off the mask, revealing spiky black hair. His smile was cocky, as if he was proud of himself for being so clever.
Suddenly a pair of arms wrapped around me from behind. I blinked up into the intruder’s eyes, and in the next moment he was gone. I was somewhere else. It was dark, but I could smell pine needles and hear branches crackle as the wind blew through them high above me. I was almost certain I was in the mountains somewhere, but it was too dark to tell. Whoever had brought me here still held me tightly.
Pen.
I spun around to throw my arms around him. He’d come back! Somehow I knew he wasn’t gone for good. He wouldn’t just leave me forever. Not after what we’d been through. But instead I was faced with dark eyes the color of onyx. A stranger, not Pen, had saved me from the supernatural being. I should’ve been grateful. Maybe shook his hand and exchanged emails. He seemed nice enough as he stared back at me with his head tilted in that way Pen did when he was trying to feel my thoughts.
All of these reactions would have been a normal way to react to someone who had just saved your life. I, however, was not a normal girl.
“Who the hell are you?” 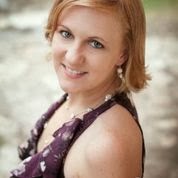 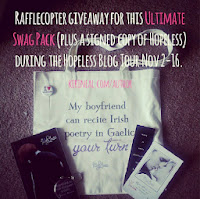