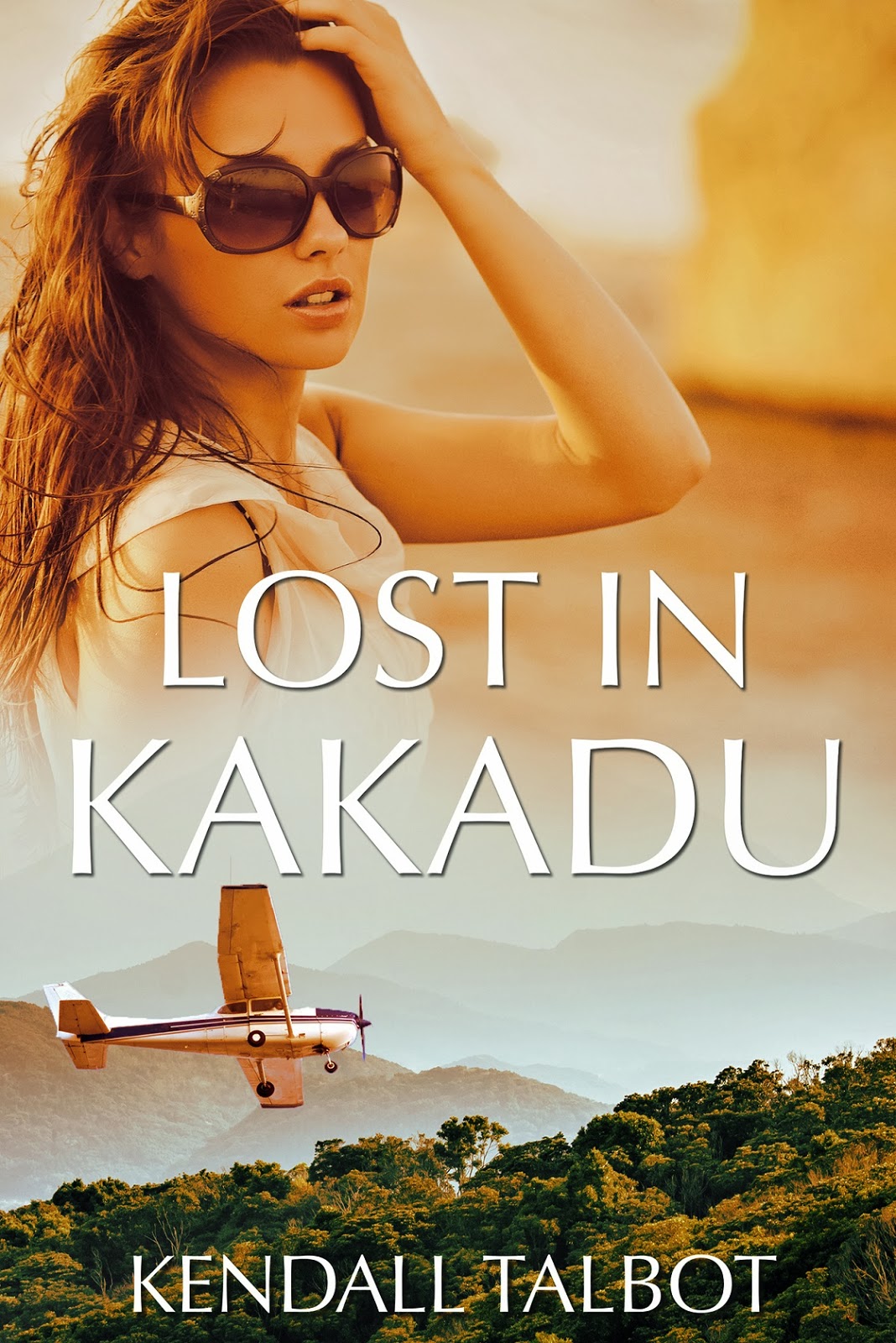 She is also a finalist in theAustralia's Favourite Novelist Competition. Phew! This lady is busy. Now, if you'd like to vote for the lovely Kendall here's the link.

Here's an excerpt from Lost In Kakadu and lots lots more:

Abi felt like a school girl spying into the boy’s locker room and gasped when Mackenzie stepped out of his shorts and stood naked with his back to her. With his arms above his head, he stretched from side to side and his bottom cheeks bulged and relaxed with each movement. She couldn’t take her eyes off his white buttocks. Suddenly he bent over and she quickly looked away covering her mouth to resist a giggle. She looked back just in time to watch him do a beautiful swan dive off the rocks into the lagoon below.
Taking the opportunity, she quickly moved to another tree so she could see the entire lagoon from the base of the waterfall to the boulders that formed the far edge.
Mackenzie stretched out and backstroked toward the waterfall. He settled under the tumbling water, letting it bounce off his head and shoulders. Diving back in, he swam a few laps across the pool then glided underwater to the large boulder at the opposite end. He climbed out in one swift athletic movement and she held her breath as he lay back on the boulder. The golden sun glistened off his body and the purity of the scene was magical; she felt exhilarated and alive.
After several minutes, Mackenzie got to his feet and faced her, allowing her a full view of him naked. An exquisite sensation that she’d never felt before stirred within her. Mackenzie’s confidence with his body excited her and with a pounding heart she realised she was holding her breath. As she silently released her breath she tried to remember the last time she’d seen Spencer naked, but couldn’t.
Mackenzie walked along the edge of the lagoon and she watched him climb the ladder. At the top he dressed, filled the water bottles, placed them into the backpack, and then retraced his steps up the steep cliff, humming his favourite tune. She didn’t recognise the tune and made a mental note to ask him about the humming one day.
Abi waited until he disappeared through the bush, then grinning like a crazy woman, she came out from behind the tree. At the top of the waterfall she recalled Mackenzie’s naked body diving so elegantly into the lagoon below. I can do that. Her heart skipped a beat as she anticipated what she was about to do.
She stripped down to her underpants and before she could change her mind, she jumped. Squealing like a child on the way down, she closed her eyes and plunged into the lagoon. The crisp water took her breath away. She pushed up to the crystal surface, swam to the edge, climbed from the water and stretched out on the giant boulder just as Mackenzie had done. The warmth of the rock on her back was as pleasant as the sun on her breasts. She closed her eyes and felt invisible as she absorbed the serenity of her surroundings.
“It’s beautiful, isn’t it?” Mackenzie’s voice startled her.
She sat up, folding her arms over her chest. “Are you spying on me?”
With his hands on his hips, he gazed at her from the other side of the lagoon. “As a matter of fact, I thought I’d be saving you. I heard you scream and thought you’d fallen in.”
“Oh.”
“Mind if I join you?”
“Um, well, um …”
“Come on. Don’t be shy.” Mackenzie whipped off his shorts and before she could say anything he dived in, glided under the water and popped up before her. Her eyes bulged as he simply climbed up on the rock beside her and stretched out.
Abi made a conscious effort to avert her eyes. Blood rushed to her neck and cheeks and she hoped he wouldn’t notice her blushing. With her arm across her breasts she lay back against the rock but it was uncomfortable and the more she thought about it, unnecessary. He’s not going to look. He’s gay. Isn’t he? Her mind drifted to an earlier conversation they’d had. Always attracted to both women and men, he’d said. Torn between covering her nakedness and leaving herself exposed to enjoy the freedom, she gradually allowed her arm to fall to her side. Her nipples tingled with excitement, she could hardly breathe and she hoped Mackenzie didn’t speak to her, afraid her voice would belie her bravery.
They lay in silence for such a long time Abi wondered if he’d fallen asleep. Peeking at him through one eye she watched his chest rise and fall with each breath. His silver necklace laced through his dark chest hair and she tried not to giggle at the small ring on the chain, now loosely circling his nipple. But she snapped her eyes away when she caught sight of his pubic hair glistening in the sun. Wow. Her body tingled with exotic sensations and she chewed on her bottom lip trying to keep it all real.
She heard him moving and turned her head toward him. To her horror, he was now on his side, head propped up on his hand, looking right at her. Too afraid to speak she forced a smile, willing her eyes not to roam.
“Shall we go for a dip then?” He grinned.


He stood up above her and she absorbed the full view of his naked body, his manhood exposed for the world to see. Her breath caught in her throat and she was stunned beyond breathing, frozen in time. With flawless olive skin that moulded over perfectly sculptured muscles, his body would make any man jealous and any woman swoon. Finally he dived into the pool and she could breathe again. BIO: I write stories that reflect my life experiences. I blog about them too. I love adventures that make me scream … white water rafting, scuba diving with sharks and hang gliding are just a few. I hate apathy, laziness, people who think they’re better than everyone else and running out of wine. The only magazines I buy are National Geographic and National Geographic Traveler.  I’ve travelled extensively, some 36 countries and counting. I collect junky jewellery and expensive perfume and love wearing both every day.
My life has been a crazy mix of work and play. My career was completely unguided. I’ve delivered pizzas and sold jewelry. I lost twelve years in a bank progressing from clerk to management. I owned a business and did every job from shit kicker to director. Now I’m a bookkeeper by day and book writer by night.
I love cooking but rarely follow a recipe. I love my garden but my plants hate me. A good night out is with great friends and a fabulous bottle of wine or two and I’d rather go to the movies than watch TV. There’s not too many foods I don’t like but I think potato is a waste of tummy space.
Even after 28 years together I still love my hubby more every day. And my grown sons provide never ending joy and pride. My dog, Josie McLuvin is what I call a multi-shit… Maltese/shih tzu and she’s not a very good writing buddy.
Last of all, I’m grateful that I’m mortal… it keeps me motivated. 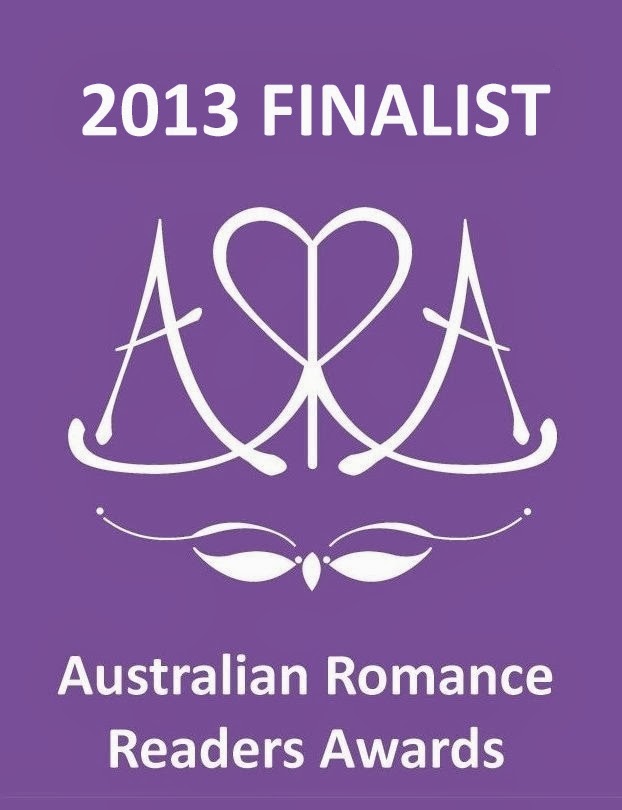