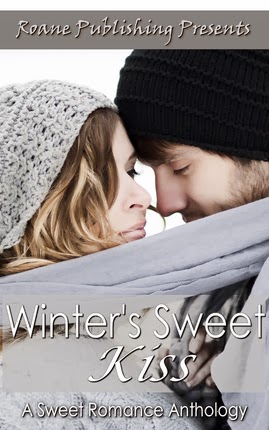 Michelle Ziegler is visiting today promoting Winter's Sweet Kiss, a romance anthology. Let's find out a bit more about this lovely lady and the story she's written for it.

What’s the name of your newest release?
One in a Million Snowflakes, it’s part of the Winter’ Sweet Kiss Anthology.

How long have you been writing?
On and off my whole life.  I’ve only been writing for the goal of publication for about seven years.

Do you imagine a particular person you know or have seen when creating your main characters?
No.  Almost all my stories characters are one of a kind. I can’t even pick a celebrity to play my characters.

Of all the characters in your books who is your favorite and why?
I love Nick, because he’s sweet, genuine, and goes after what he wants.

When writing, are you an ‘in the moment kinda gal’ or do you follow a strict
plan?
People have a plan?  When it comes to writing I like to wing it and let the characters tell the story as it should be told.

What are you reading at the moment?
Santa Wore Leathers by Vonnie Davis and Java Script for Beginners.  Does the second one actually count?

If you could be anyone for a day, who would that be?
Um…hmm.  Well.  Actually I’d still be me.  I’d miss my family too much to be away.  If someone was holding a gun to my head, I guess I could be my daughter for a day.  Maybe I could figure out why she does what she does.

What would be your last meal if you were on deathrow?
You’re scaring me J  I’m going to go with: a Belgium waffle, eggs, bacon, hashbrowns, and apple juice.  I’d say coffee, but who wants to be awake for an execution.

Where do you like to shop?
Well, I assume you mean for myself and not my kids?  I like Target for general items, Macy’s if I feel rich or the Limited, Amazon for nearly everything else since I don’t have to leave the house with kids.

Complete this sentence; I’m indifferent to…
fashion.  Sure I like to look nice, but I couldn’t tell you if I was trendy or not.

Blurb
Angela is in love with someone she can’t have. Stranded in the bitter cold after another failed date, Angela is running out of time.  Her company Christmas party is around the corner, and the idea of going with her boss’ nephew is less then appealing. Escaping the cold , Angela jumps into her familiar getaway car to find Nick, her life-long crush, in the driver’s seat.  Strategic planning on his part has them finally giving into years of denied feelings.  Unfortunately, reality always surfaces.  Angela pushes Nick away in fear of losing his sister, her best friend. Breaking Nick’s heart was never part of her plan, and thankfully Nick isn’t going to let her.  His headstrong nature comes out and changes the game despite Angela’s attempts to stay away from him. Angela needs to decide if her best friend is more important than Nick, or if she should just give up and resign herself to a life with someone else

Angela broke off as she heard a chuckle. A male chuckle. Had she gotten in the wrong car? She released the seatbelt she’d finally managed to grasp, which hit the car door with a loud thwack, and shot a glance at the driver’s seat.
Nick.
Suddenly, she wasn’t cold anymore.
“Oh my God! When did you get back?” She flung her arms around his neck. Rebecca’s older brother was a Marine who had been on deployment. “I can’t believe you’re here! Becks didn’t tell me. You didn’t even send an email.” Angela was a little hurt.
“You’re choking me.”
“Oh. Sorry. I’m excited to see you.” Angela let go, happy but embarrassed. She’d spent years squelching her feelings for Nick. She was obviously out of practice.

Bio
Michelle’s imagination started spilling out onto paper the second she could scribble.  Her drawing never improved, but her love affair with words continued and evolved as she became infatuated with one story after another.  If life could be written, Michelle would write everyone’s ending as a happily ever after.
Michelle grew up in Chicago and later moved to Colorado. Her husband still makes fun of her Midwest accent. By day she is an engineer, wife, and mother to two kids and two dogs. Her sanity survives on the pages she writes, even if her toddler is trying to drive her to the edge one temper tantrum at a time.

Buy Links:
You can add the Winter's Sweet Kiss Anthology to your Goodreads list and grab your self a paperback or ebook copy on Roane Publishing, Amazon print or Kindle, Barnes and Noble Createspace Goodreads